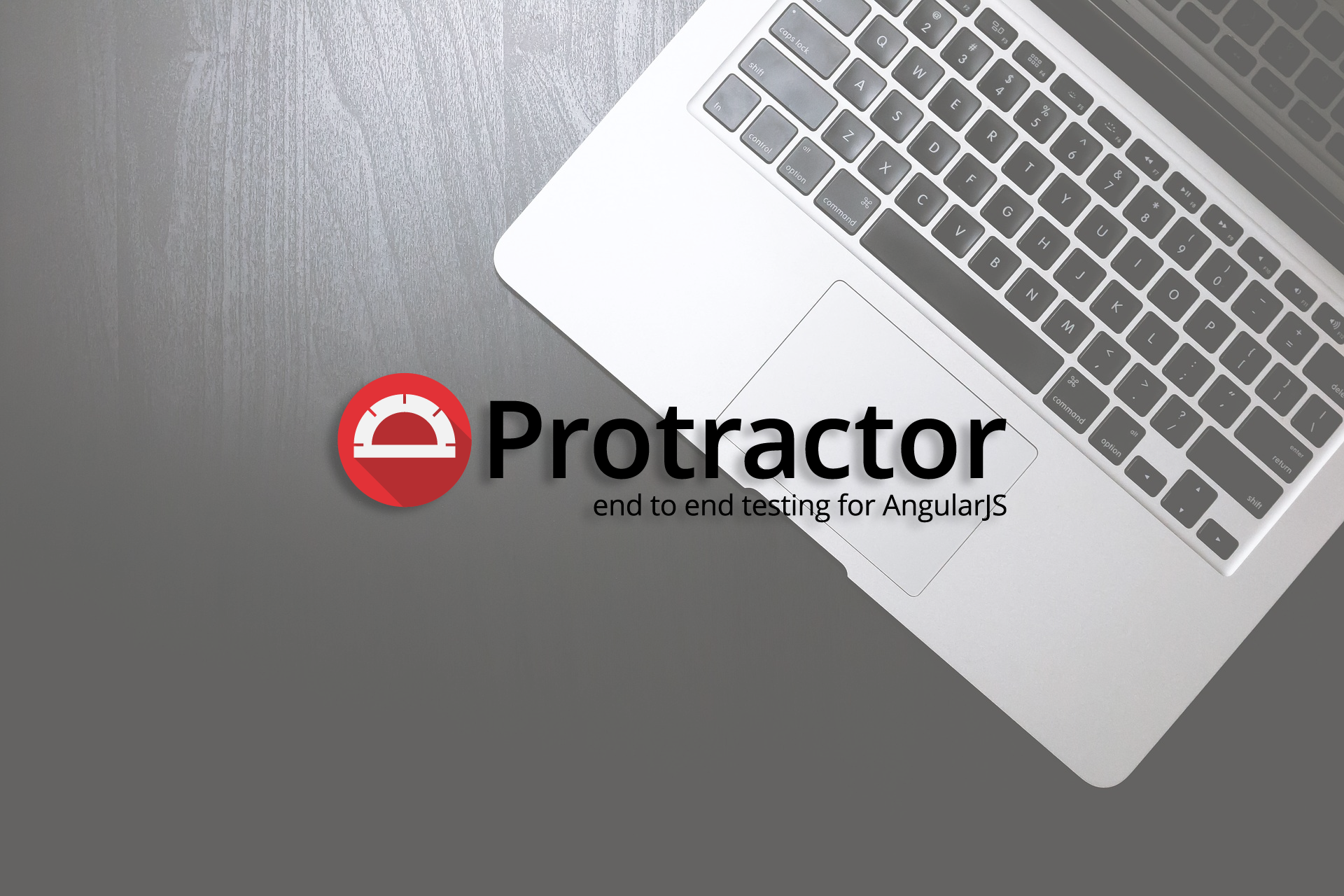 E2E Automation testing has always been the goal to achieve for most of the companies especially for those who create highly-customizable web applications or widgets. Today, almost all websites are based on Angular. If you are wondering why it’s because Angular has shown big growth in the market for the past few years due to its exceptional performance and effectiveness.

A TypeScript based platform initially planned for creating SPAs and since then it is constantly improved which is the main reason why most of the companies choose this technology. And for any chosen development technology a corresponding testing technology must take place if we want to achieve the level of quality of our web application. Today I will walk you through an E2E testing framework for Angular applications called Protractor.

Protractor is a testing framework for automating test cases in an Angular based application. It runs the tests in a real browser as a real user would. It is the preferred tool to be used when you are developing an Angular application because:

It is compatible with other testing frameworks such as Jasmine, Mocha as well as the BDD framework called Cucumber used for writing tests in a logical way that everyone can understand.

All the JavaScript bindings are provided from the Selenium WebDriver API. Selenium also includes the Selenium server and additional browser drivers. Working in conjunction with Selenium, Protractor sets its infrastructure that simulates a user interaction for an Angular build web application.

How to setup Protractor?

Let’s start with installing Protractor. The first thing you need to install is the NPM package manager for JavaScript. Then open Terminal and type:

This will install protractor and webdriver-manager (get an instance of the server when running tests) globally. To check the version of the protractor type:

This will start the server on http://localhost:4444/wd/hub and from now on you can send requests to this server locally.

Now we are ready to start writing our first Protractor test. Let’s begin.

In order to set up a test structure to run a simple Protractor test you need two main files to be created:

The configuration file is where protractor looks where you running the tests. The most basic information you need to add in that file is the local server and our spec file. This file can contain many other modifications like your base URL application variable, third party reports like Jasmine Spec Reporter, headless browser parameter, multi browsers parameter, additional custom waits, default timeout setup of tests, etc.

The spec file is where the actual magic happens. All tests are written there and are structurally organized in blocks. By default, Jasmine framework is supported when installing Protractor so for this purpose we are using examples of Jasmine tests. If you choose to install a different framework, follow the instructions provided.

As I said earlier, by using element and by keyword, you locate the elements you want. You have different options to locate them.

The syntax is the following: element(by.{propertyLocator}('{element}')). You can store it in a variable and use it later if you use that element for multiple tests in the same spec file.

Protractor handles the waits automatically but sometimes where we have complex applications where the loader is present and some popups are shown for a short period we need to do a workaround and implement some simplicity or explicit waits.

The last step is the asserts where you locate the element and compare it with the expected one. For that purpose, Chai Library is used. Chai is a BDD / TDD assertion library that is used within any javascript testing framework. It has three different interfaces to be used for an assertion.

Depending on the test scenario, a specific interface is used. Whether you like to check the length of an element, its property or to be equal to the expected data, all those checks are the final and most important steps of a test.

Protractor is an industry-standard when it comes to automating web applications based on Angular. Although Selenium can be also used, Protractor offers more Angular based features that will ease the process of automating test cases.